The Early Permian Mangrullo Fm. is one of the units of the sedimentary fill of the Norte Basin (see on the map) and it is correlated with Iratí Fm. of the Brazilian Paraná Basin. Mangrullo Fm. contain two oil shale levels, being the deepest level that present the best values of organic matter (up to 12% of TOC), oil (6% in Fisher Assay) and sulfur (5.3%). The power heat of the oil shale is 1.400Kcal/Kg Rock.

During the 1970 and 1980 decades, ANCAP made an evaluation campaign of Mangrullo Fm. which permitted to know that could be obtain 270 million barrels of oil and 31 million tons of sulfur (using limestone), considering a sedimentary cover less than 50 m and a yield of oil up to 2.5%

In the present, the oil shale of Mangrullo Fm. is the only fossil fuel proven in Uruguay. 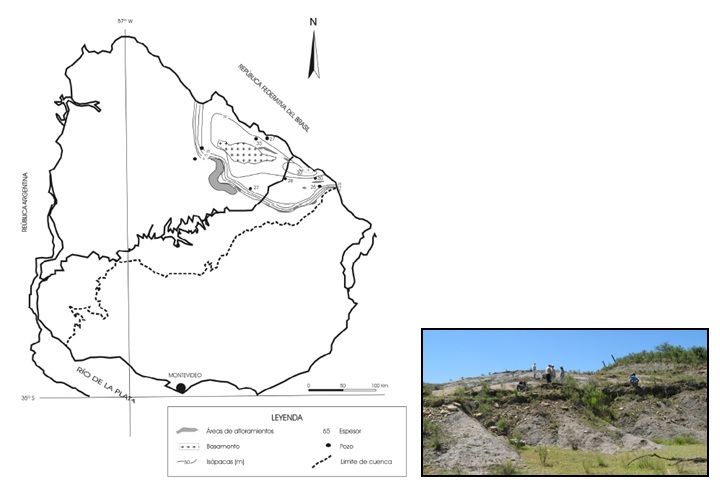